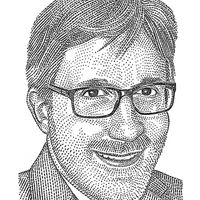 Trailer for Behind the Woods and Across the Sea
Friday, March 10, 2017

Douglas E. Phillips is Senior Vice President and General Counsel of Promontory Interfinancial Network, a company based in Arlington, Virginia, that provides technology-based services to financial institutions. He joined Promontory from the law firm of Covington & Burling in Washington, D.C., where he was involved in novel and significant legal matters, within and beyond the United States, on behalf of diverse clients ranging from startup companies to major national corporations.

THIS IS NOT A SOLICITATION OR ADVERTISEMENT FOR LEGAL SERVICES.  I'M HAPPY TO TAKE CALLS, BUT ONLY IN MY CAPACITY AS AN AUTHOR.

"This is a thorough tour of the software license.  Phillips challenges conventional models and ideologies, and offers real-world examples and insights for anyone who has a stake in software distribution."

Would the Supreme Court decision over Alice change any of the themes in your book?

Would the 2014 Supreme Court decision over Alice Corp. v. CLS Bank International change any of the themes in your book considering it was written in 2009?

Thanks for asking.  It's a good question.

The 2014 Alice decision changes the patent landscape in some respects, but I don't think it would change any of the main themes in my book, which focuses on how software licenses are used to "legislate" rules and restrictions that the underlying intellectual property law does not impose.

Software licenses do rely on intellectual property rights, without which licenses would be unnecessary, so changes in patent eligibility are not irrelevant.  But software remains eligible for various forms of protection, such as copyright.  And although Alice casts doubt on the patent eligibility of business methods, it leaves patent eligibility largely intact for software inventions of a more technical nature that improve the functioning of the computer.

Some of my comments on patents and the General Public License might have to be qualified as a result of Alice, but even there, enough software patents are likely to survive Alice that the basic points would not change.

There have also been other interesting developments in software licensing since 2009, and we have seen the "clickwrap" licensing technique used ever more widely, not only for software but also for content and services.  Thus, although some of the details have changed, I think that the topic of the book remains timely.