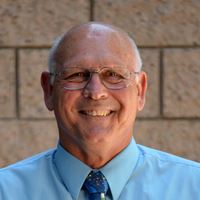 Expertise in Advanced Placement Biology, Anatomy and Physiology. Played football and baseball into college and coached football, baseball, track/field and soccer at the high school level.

Experience working in biotech lab and developed DNA/Enzyme kits for student use.

Personal NICU experience and lessons learned for families and friends of premature babies.

Experience with injuries to leg muscles, ankles, and back. Surgeries for repairing torn muscles, broken nose, and spinal fusion.

Presidential Awardee for Excellence in Science Teaching (1993). Earned PhD in Education in 1996.

Taught a variety of education courses; introduction, methods, assessment, curriculum development. Taught at least one general education biology lab each semester and was the teacher of record for lecture and lab for that class two semester. Chair of the Teacher Education Department. Director of Teacher Education.

Co-valedictorian in 1968. Lettered in baseball and football.

B.S. in Biology. Minor in History. Graduated with High Honors and Distinction in Biology

PhD in Education. Dissertation received a commendation for excellence.

Traveler's HOT L is the first of eight published books. Other titles:

An epic tale of alien intrigue and invasion

The Observers - A Science Fiction Odyssey

A chronicle of four cases by private investigator Phil "Dancer" Mamba. The last case is this book is a "you solve it" story with evidence-including fingerprints-included

and Learning in Your Classroom

Strategies and examples for changing the way learning takes place. For Teachers, Parents, and Administrators

A discussion of the best ways to grow a bumper crop of short stories, novellas, anthologies, and novels grown in an analogy of writing as farming.

What you’ll find in these pages is how production of a physical—or electronic—book is significantly different from the process of writing the story that fills those pages or bytes.

The story of Hadley Marie Downing’s 60 days in NICU intermixed with commentary from one and two years later. Also included are lessons learned, advice for helping others in this situation, and a glossary of NICU terms.

Mission Church of the Nazarene

I am part of out church Front Line ministry, which welcomes attendees to church each week. I also lead an adult Life Group on Sunday mornings in exploring Scripture or books like Mere Christianity by C. S. Lewis and The Jesus I Never Knew by Philip Yancy

Elon Musk wants to terraform and colonize Mars. With advancing technology, would it be possible for humans to colonize the moon?

I don't think so.

Without an atmosphere, terraformation would have to end with anaerobic “organisms” capable of withstanding heat and/or cold extremes that humans cannot survive in without EXTENSIVE body coverings. Any moon colony, even if it occupied space beneath the moon’s surface, would totally depend on technology for oxygen and moderation of temperature extremes. If temperature control or oxygen generation/distribution was compromised, the colony would last minutes at the most.

That being said, 100-years ago, the idea of humans walking on the moon's surface was considered impossible.

Any predictions on who might win the private space race when it comes to Blue origin vs Spacex?

Your question is a good one. It is, however, my comfortable area of expertise. So, I contacted

This is his answer.

So, the question was which private firm will win the Space Race?? So as posed, IF the SLS cannot support a Lunar landing by 2024, I feel SpaceX is in the best position to step in and assume the driver's seat. But this is just the first leg of a long and involved relay race...

I lean more to a collaboration of several private and government entities for the general race. Many private groups are focusing on integral parts of the endeavor, not the whole “enchilada”...in addition to Blue Origin and SpaceX, there are such companies as ULA, Boeing, Lockheed Martin, and Virgin Galactic with their hats in the ring domestically.
However, you can’t discount any of the Chinese private enterprises such as iSpace, Landspace, OneSpace, etc. They do some orbital work but have already gone around and to the Moon with several missions!!!
India is in the race as well with their internal collaboration, ISRO, which you never hear about because they are quietly successful, but may be the first to return men to the Moon...
Israel has a non-profit Corp, SpaceIL, that has become aggressive of late and has a Lander on its way to the Moon...

The entity to dominate Space will more than likely be the one to develop the next evolution in propulsion that doesn’t involve the Neanderthal mindset of burning stuff...SpaceX and Blue Origin are both leading in this arena and their concept of reusability gives them a head start on expanding into the rest of the Solar System.

Insider note...NASA technologically is developing a drive system that has a million mile an hour capability. But it requires an orbital presence both around the Earth and the Moon, which Gateway will provide in the next decade!!!

Bottom line...the winner of the Space Race will be humanity regardless of who or what gets us there!!! But is Space ready for humanity...??!!!

I have the utmost confidence in Mark. I've known him for years, and he did an outstanding job of blending fact and opinion. I'd take this answer to the bank.

Thanks for using Authors Bureau ECN.

If Elon Musk helps mankind to reach Mars, what will be the next frontier for science fiction writers?

1/24/2017,
C. R. "Chuck" Downing  replied:
Possibly Venus, although the atmospheric obstacles there--high heat, composition--will be more difficult to overcome than Mars. Until there is a plausible theory for interstellar travel, we humans are locked in our own local system. Since the only rock planets are the four closest to our sun, we're limited in landing options.

I suppose a mission to one of Jupiter's moons is on the table somewhere. The problem with that is how to launch a ship that's landed on a moon of Jupiter. In my opinion, Jupiter's gravity knocks the idea into the fantasy realm.
Reply
Tweets by http://twitter.com/CRDowningAuthor