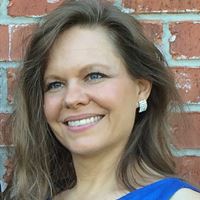 Jodell Onstott is a Socio-Biblical and historical research specialist, whose work focuses on comparative biblical and ancient Near Eastern studies. She is the author of five books. In addition to archaeological and biblical studies, Jodell's research reveals value-based principles that relate to politics and economics today. Jodell is a successful author, entrepreneur, business owner, and public speaker. She has been a frequent guest on the Jeff Crouere Show in New Orleans, Dove TV,  the Morning Show on Hebrew Radio Nation, and Truth2U. Jodell's first book, YHWH Exists (vols. 1&2), comprises 15 years of ground-breaking research charting the archaeological, historical, and religious tenets for Ancient Israel and its implications for Judaism and Christianity. Her forthcoming works include: Archaeological, Historical, and Scriptural Evidence for the Exodus; Archaeological, Historical, and Scriptural Evidence for Israel's Conquest; and Archaeological, Historical, and Scriptural Evidence for Ancient Israel. Jodell's works demonstrate that the books of the Old Testament comprise more than literature, Scripture contains an actual and factual history.

Jodell Onstott has produced a monumental work. It is a game changer. No one can now say there is no synchronicity between the Biblical Exodus and the archaeological evidence. This is historical sleuthing at its best. --- Simcha Jacobovici, producer/director of The Exodus Decoded

YHWH Exists is a very profound study, which covers an incredible range of topics related to the Biblical History of ancient Israel. I recommend especially the part dealing with the chronology of Biblical Israel and particularly so that of the time of the Sojourn and the Exodus. One may disagree about a small number of years here and there, but Jodell Onstott has presented a vast amount of data, which undoubtedly show that the late date currently held by most scholars is truly untenable. This is also supported by a fair amount of archaeological evidence. To cut things short: this is a great and recommendable study! ---Peter van der Veen, Johannes Gutenberg-Universität Mainz

This is a substantial book, a serious and formidable work, by a non-specialist who devoted over a decade to sorting through the academic and scholarly discussions and controversies dealing with the historical and archaeological evidence related to the texts of the Hebrew Bible. Is there evidence for the biblical Exodus? What are we to make of the various chronologies of the ancient world compared and contrasted with those in the Hebrew Bible and Greek Septuagint? Is the Torah a unified whole or a composite product stemming from many sources? How might the laws of the Torah be interpreted and do they have any relevance in our modern world? What about the various covenants found therein? How do the prophetic portions of the Torah and the Hebrew Bible as a whole fit in with the legislative foundation and the unfolding history of the people of Israel? The book is beautifully produced and professionally laid out, abundantly illustrated, with 300 pages of charts, notes, bibliography, and index. Given its size (over 1100 pages!) and substantial contents the price, that some might consider "high," is actually very reasonable.---James Tabor, University of North Carolina at Charlotte

Is the Bible doomed to be a relic of generations past? Questions regarding the historical validity of ancient Israel have fueled many academic debates. Yet, most scholars approach Scripture through a preconceived atheism, creed, or dogma that thwarts a wholly evidence-based approach to Scripture.

In YHWH Exists, Jodell Onstott shares a personal journey of evaluating the credibility of the Bible while considering the challenges of archaeology, the Documentary Hypothesis, and the ethics of the Bible's overall theology. Grounded on firm scholarship, this investigation presents one of the most formidable challenges for modern Judaism and Christianity.

Quite surprisingly, the evidence uncovered in this ground-breaking investigation also demonstrates the validity of Israel's history, showing that vast archaeological and epigraphic evidence exists for Israel's exodus from Egypt and conquest of Canaan.

The light that Jodell sheds on these complex issues may challenge your comfort zone because questioning your beliefs has a certain risk of uncertainty and suspense. But in the end, YHWH Exists is an uplifting read. Here is a journey of a woman who persevered to challenge preconceived ideas and discovered a textual-based theology that takes the Bible out of the hands of scholars, sages, and theologians by empowering the reader with the tools of scholarship to seek and find for him or herself.

Check back later for some content here. Thank you!